Don’t you forget about me 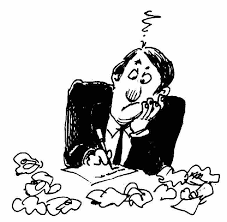 I’ll admit, I have been feeling guilty lately for not having published in so long. Let me first apologize for that, and give a brief explanation of why before jumping into this next topic, which has been at the forefront of my mind for the past few months. I neglect to write because I simply block myself from doing it. It begins with the brainstorm of “What could I possibly write about?” to the “Okay, so how do I go about writing about this?” to the issue of finding the right time and place and mood to do the writing, which to be honest, I’m incredibly picky about. In any case, I decided this morning to follow the one rule of writing that I’ve read in every blog, and heard from every writer: Just. Start. Writing.

So, here I am, exactly one month away from leaving in a jet plane, and quite unsure of exactly when I’ll be back again. The preparations for my exchange have been quite the roller-coaster. Every time I know I need to accomplish another form or document or find ways to fund my year, it feels like those tense and stressful moments as you escalate the chain lift : heart begins beating faster, stomach feels like it’s in my throat, and that sneaky, back-of-your-mind voice that whispers, “What if this doesn’t go as planned?” (Okay, that last bit might just be extreme paranoia, but hey, it’s happened. Anyone seen Final Destination 3?).

For the most part, the preparations have gone off without a hitch. Every time I foresaw or encountered a problem, it turned out to be just a small bump in the road rather than the jagged mountain I had imagined. For anyone planning on going on exchange, the best and only advice that I can give which applies to all situations is to plan ahead. You can never predict the obstacles that may arise or the hoops you may have to jump through to get that the last-minute necessary documents in right on time.

In any case, this experience kind of reminds me of what it was like when I first came to Glendon. Originally from London, as you might already know from previous posts, I didn’t know anyone who was coming to Toronto for school. While I had known one or two people who were living in Toronto when I moved there, it still felt like I was going off to begin university completely alone. The situation is the same with going to the IEP Rennes. While I know one or two people who live in the city because they were formally exchange students at Glendon in my first and second years, I am the only Glendon (and York) student to be going to this particular school for the year.

What has changed this time however, has actually made my experience more akin to that of the current incoming students to Glendon. While they might not have known anyone coming to the city for school previously, through the Lion’s Den initiative, we were able to create a Facebook community for them to begin meeting each other and getting to know their future colleagues.

Fortunately, the same is happening for me. I managed to find Erasmus and IEP Rennes Facebook groups and profiles to help me get to know some of the people I will be studying with next year. I find this surprisingly comforting even though I wasn’t nervous or timid about meeting new people in a foreign environment before. I guess that it just gave me an idea of what sort of environment I was working so hard to get myself into.

Light at the end of the tunnel? I like to think so.

just trying at the moment.
View all posts by Drew →
This entry was posted in Life on Exchange and tagged Exchange, Glendon, IEP Rennes, Student Life, Travels. Bookmark the permalink.